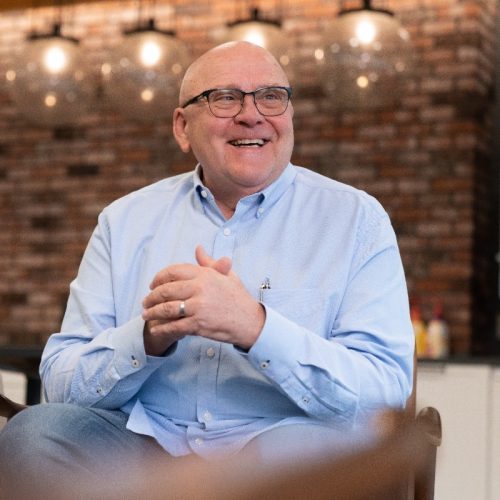 My philosophy on company culture is based on what Aristotle said in 384bc – “Pleasure in the job puts perfection in the work.” Turning that into action, I believe that all leaders can create a workplace where you go to work each day, make a contribution to something bigger than yourself, learn something new, feel safe, are protected, and provided freedom by a set of values and go home happy! WD-40 Company is proof.
Garry Ridge is Chairman of the Board and chief executive officer of the WD-40 Company (NASDAQ WDFC) headquartered in San Diego, California. WD-40 Company is the maker of the ever-popular WD-40 multi-use product, as well as 3-IN-ONE Oil, Solvol, and Lava heavy-duty hand cleaners and X-14, Carpet Fresh, Spot Shot, 1001 and 2000 Flushes household cleaning products.
Garry has been with WD-40 Company since 1987 in various management positions, including executive vice president and chief operating officer and vice president of international. He has worked directly with WD-40 in 50 countries.
A native of Australia, Garry has served as national vice president of the Australian Marketing Institute and the Australian Automotive Aftermarket Association.
Garry received his Masters of Science Degree in Executive Leadership from the University of San Diego, CA, in June 2001.
Garry is an adjunct professor at the University of San Diego. He teaches leadership development, talent management & succession planning in the Master of Science in Executive Leadership program.
In March 2003, Garry was awarded Director of the Year for Enhancement of Economic Value by the Corporate Directors Forum.
In April 2004, Garry received the Arthur E Hughes Career Achievement Award from the University of San Diego.
In 2006, Garry was awarded the Ernst & Young – Master Entrepreneur Award.
In 2009, Garry co-authored a book with Ken Blanchard titled “Helping People Win at Work: A Business Philosophy called “Don’t Mark My Paper, Help Me Get an A”, Release in May 2009, FT Press. #MG 100 coach.

All Sessions by Garry Ridge

Any cookies that may not be particularly necessary for the website to function and is used specifically to collect user personal data via analytics, ads, other embedded contents are termed as non-necessary cookies. It is mandatory to procure user consent prior to running these cookies on your website.